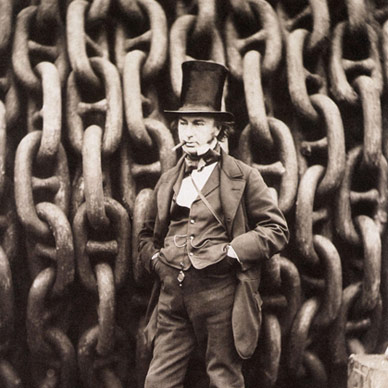 In the course of our immersive “Talking Dead” tours, you’ll meet and hear the stories of people like:

The Duke of Sussex who, scandalised by marriage to… an actress! (not unlike the present day Duke of Sussex)… chose Kensal Green as his final resting place, adding Royal cachet to a burial ground which now guards 250,000 souls

William Makepeace Thackeray, Harold Pinter and Alan Rickman are among hundreds of Victorian Era actors and performers buried at Kensal Green whose lives are profiled in Last Exits, by Henry Vivian-Neal.

Freddie Mercury was cremated at Kensal Green, though the plaque which commemorates him has been removed, and the final location of his urn kept a closely held secret.

Winston Churchill’s child Marigold was buried here, along with Charles Babbage, the mathematician credited with developing the forerunner of the computer, along with engineer Isambard Kingdom Brunel (voted “second greatest Briton of all time”), and Charles Blondin, the greatest tightrope walker that Niagara Falls has ever known.

Another 200,000 people are buried in the adjoining St. Mary’s Catholic Cemetery. Highlighted stories to tell there include those of:

Mary Seacole, a Jamaican-born nurse and philanthropist whose efforts on behalf of English servicemen in the Crimean War earned her reputation as “the Black Florence Nightingale”

Cześć i chwala bohaterom, a pilot with Squadron 306, entirely composed of Polish pilots who’d escaped ahead of Hitler and achieved the highest kill ratio of all the squadrons in the Battle of Britain.

You’ll learn these stories and more in the course of a one-hour immersive experience roaming the cemetery accompanied by professional actors in the roles of Kensal’s most interesting residents, revived to comment on a world they remember, and the changes since. Tours begin at the public landing behind Sainsburys in Ladbroke Grove, and include a short canal boat ride to our private entrance to the cemetery. Groups are small in size (<6) and available daily, save when Tier 3 restrictions are in place.

GIFT IDEA: GIVE A VOUCHER

Rediscover your local area through the eyes of those you lived there 200 years ago. Plus great music acts performing open air. What scandal surrounds the first person buried at Kensal Green Cemetery? Why should you be careful when transporting butter on a canal boat? Step back in time and discover the history of the canals and Kensal Green Cemetery. Join us down at the Molly Anna, our narrowboat, by Ladbroke Grove Sainsbury’s where we will have some great musical acts and historical walking tours running on the hour. For dates and tickets, visit our Eventbrite page.